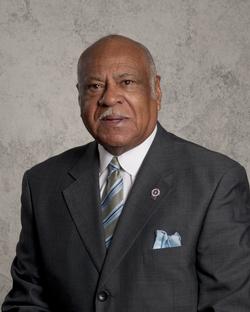 A native of Winston-Salem, North Carolina, he attended the local public schools and graduated from Carver High School in 1954. He pursued further education  at Winston-Salem State University and Worsham College of  Funeral Service,  Chicago, Illinois, receiving at degree in Mortuary Science. In August of 1960, he was drafted  in the United States Army and was assigned to Arlington National Cemetery, Washington, D.C., the Grave Registration Division.
Having a sincere interest and appreciation for funeral service, he received his initial employment into the profession at age 16 as an attendant for Howard Robinson Funeral Home, Winston-Salem. Being an aspiring and ambitious person, Johnson ventured into business for himself and founded Johnson & Sons Funeral Home, Reidsville in 1965. In 1980, he returned to Winston-Salem and established a second location and was operative for 15 years. Having a respected business relationship and close friendship, presented the opportunity for him to partner with the Haizlip family in 2003 and serve as President (CEO).
Assisting families in the Triad area for over fifty years, Johnson has remained dedicated to the mission of striving to set the highest standards of care and exemplify the pinnacle of excellence in funeral service.
Being civic minded and community oriented, Johnson has served on numerous boards, membership affiliations and received many merits of achievement.
His family includes, wife, Barbara Lindsey Johnson; two sons, Grantheum and Garcia Johnson whom have followed in  his footsteps as Funeral Service Licensee’s ; two daughters, Diane and Cheryl Johnson; five grandchildren; mother, Mattie Spencer Hill; one brother, Hildred Lee Hill. 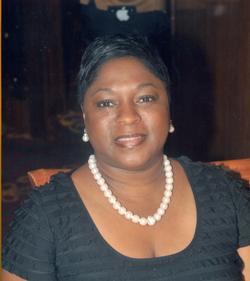 Gladys Alston Cooper has been in the funeral home/cemetery service since 2000. A 2010 graduate of Fayetteville Technical Community College, she became a licenced Funeral Director with Johnson and Sons Funeral Home in February 2011. 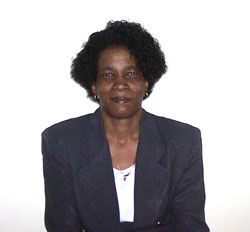 Kay is a part time employee; her dedication to the job often sees her remaining at the office hours past her scheduled work time.  She functions as receptionist/secretary/courier.  She put her real estate career on hold while she attended school and subsequently became a licensed health/accident/life insurance agent.  She is also a notary public. She has what we call personality plus.   A very active and dedicated member of Friendship Missionary Baptist Church, she has been affiliated with Haizlip Funeral Home since January 30, 2002 and continues as an employee of Johnson and Sons.