Plant a tree in memory of Viola
An environmentally-friendly option 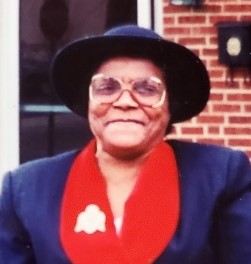 Viola (Aunt Vi) Smith Ross entered he Gates of Heaven on Saturday, June 26, 2021, at Carrington Place, located in Matthews, NC, with a mind free from the cruel effects of Alzheimer’s disease and its physical complications. As her Heavenly Father began to prepare her welcoming. Viola’s eyes opened wide and she lifted her head upwards. With her eyes fully opened, a bright, brilliant light appeared from them, and a smile appeared, and her body relaxed. It was then that we knew God had opened the heavenly gates and whispered, “Well done, my good and faithful Child. Enter In”.

Born on October 18, 1931, she was the seventh of eleven children born to her predeceased parents, Charlie and Mattie Smith. Viola was the last of the eleven children born from their union. Viola spent her early years in Anson County, attending school and working. She left Anson County to pursue a life in High Point. Raised with a strong work ethic, Viola immediately found the opportunity to develop a unique skill at Ritch Face Veneer Company, where she became a masters veneer craftsman. Many homes, more than likely, may have a piece of veneer furniture that Viola’s hand crafted.

After several years in High Point, at a fair, she met a tall handsome soldier, named Robert Ross, Jr. They became inseparable and were soon married. Their union grew by adding their son, Leroy Smith, Predeceased, (Siscero), and daughter, Gracie Pemberton Myers (Kenneth).

Viola and Robert built a life together that included God first, family and friends. Robert built the family home and Viola filler it with home cooked meals, prayer, faith, and love. She was firm, while Robert balanced her with his soft approach. Together, guided by God’s grace, they demonstrated their ability to help anyone in need and never expected anything in return.

Viola was a faithful and dedicated member of the Church of God of Prophecy church for over forty years. Serving under several different Pastors during her membership, she valued the leadership of Bishop and First Lady Collins. Sher served in various leadership roles including Band Leader, and Missionary Leader. She was a member of the Usher Board, the pastoral Care, and the Women’s Senior Choir. She was recently recognized as an Honorary Church Mother. Viola loved the church and enjoyed participating in the activities to bring lives to Christ, as well as she was a fierce competitor in church fundraisers. She would rally her team by saying they would not be the “caboose” of any fundraiser!

Viola never met a stranger. Robert would take her to run errands and sit patiently in the car and tell her to “take your time honey”. Many hours later, Viola would come out of the store, empty-handed, and tell Robert of the many people in the store she had met. Always compassionate, she loved people and listening to their stories. When saying grace, she would ask God to remember the whole world, often calling out individual names. Robert would wait patiently until she finished grace and remind her that God knew who she was referring to and the biscuits were getting cold.

While residing at Carrington Place, one of her favorite songs was Payday Is Coming After a while. The staff would come by to listen to her sing this song, thinking she was referring to a paycheck. Viola would tell them that’s not the payday she was living for. Put your time in because her Heavenly Father was going to reward you based on the life you lived. Payday for Viola came on June 26th; a day of rejoicing because not even Alzheimer’s could not take away her memory of and love for God!

Robert predeceased Viola in February 2004. She remained in their home until the effects of Alzheimer’s became chronic and she relocated to Carrington Place. Viola leaves to treasure her precious spirit and humorous memories: Six grandchildren; a special niece, Arletha (Dennis) Portee, who frequently provided professional and personal nursing care; another special niece, Reverend Lizzie Jackson of Rockingham, who kept the family strong through her never-ceasing prayers;  and a host of nieces, nephews, and other family members and friends.

To special church companions, Sister Hedy Saulter, Sister Ruth Scotton, and Sister McDonald, the family thanks you for being a true friend to Viola. A Special thank you to the CNAs and nursing staff at Carrington Place, and to Hospice, thank you for the support and care-your compassion made a difference.

A celebration of life service will be held at 12 noon, Saturday, July 3, 2021, at Church of God of Prophecy, 1100 Stanton Place, High Point, NC.  Bishop F.D. Collins will deliver the words of comfort.  The family visitation will be Saturday from 11:00 a.m. until 12 noon at the church. Interment will follow in Carolina Biblical Gardens, Jamestown, NC.  Public view will also take place Friday, July 2, 2021 at Johnson & Sons Funeral Home, 206 Fourth Street, High Point, NC from 1 until 7pm. Live streaming of services will be offered at link https://www.youtube.com/channel/UC8NlCO-XxJpait1cE_IIUnQ

Plant a tree in memory of Viola by clicking here.
To send flowers to Viola's family, please visit our floral store.

A service summary is not available

Plant a tree in memory of Viola
An environmentally-friendly option

Plant a tree in memory of Viola

1 tree planted in memory of Viola

Praying for my family. Love you all sorry I couldn't attend.

Mrs. Ross,
I have so many fond memories of you. God has another faithful servant sitting next to him. Your Pay Day has come. Rejoice in Heaven.💐💐💕

A Memorial Tree was planted for Viola Ross

Plant a tree in memory of Viola