We would like to offer our sincere support to anyone coping with grief. Enter your email below for our complimentary daily grief messages. Messages run for up to one year and you can stop at any time. Your email will not be used for any other purpose.

Share a memory
Obituary & Services
Tribute Wall
Read more about the life story of Lonnie and share your memory.

Lonnie Darnell Garland was born on September 18, 1951, to the late Johnny B. Garland Sr. and Thelma Garland. He was a native of Rockingham County, North Carolina, and spent his childhood years in Blue Creek where he attended elementary school and the former historically black high school, Douglass High School. Students from Douglass High School were later integrated into John M. Morehead High School where Lonnie graduated in 1970.

In 1972, Lonnie met Rhonda Rogers and they later married on December 28, 1974.  To their union, three children were born: Rodney, Jermaine and Christopher.  Lonnie also joined the United States Army in 1974, where he served proudly for 12 years. During his military service, he was stationed at Fort Lee, and continued to reside in Virginia thereafter.

Lonnie’s experience in the Army played a very important role in his life. He frequently pointed out that the Army taught him the value of hard work and discipline.

Lonnie was an avid cook and loved hosting Thanksgiving dinner at his home in Colonial Heights, VA.  He also had a passion for sports and enjoyed playing golf and watching his favorite basketball team, the UNC Tarheels.

A Celebration of Life services will be conducted at 11:00 a.m. Wednesday, January 25, 2023, from the Chapel of Johnson & Sons Funeral Home, 116 Holderby Street, Reidsville, NC.

In every effort to protect our client families, protective facial coverings and social distancing are mandatory requirements.

To send flowers to the family or plant a tree in memory of Lonnie Darnell Garland, please visit our floral store. 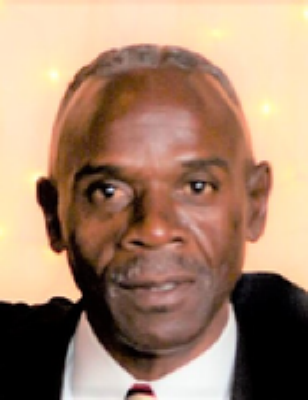 Look inside to read what others
have shared
Family and friends are coming together online to create a special keepsake. Every memory left on the online obituary will be automatically included in the book.

Look inside to read what others have shared

Family and friends are coming together online to create a special keepsake. Every memory left on the online obituary will be automatically included in the book.

You can still show your support by sending flowers directly to the family, or by planting a memorial tree in the memory of Lonnie Darnell Garland
SHARE OBITUARY
© 2023 Johnson & Sons Funeral Home. All Rights Reserved. Funeral Home website by CFS & TA | Terms of Use | Privacy Policy | Accessibility